I can write a lot of articles about fluoride toxicity in drinking water, and most likely will. However, I think the readers of Bluebonnet Natural Healing Therapy are highly intelligent and can handle a lot of information at once. I highly recommend that you watch this documentary in its entirety. It's a hard-hitting look at the fluoride battle from the perspective of award-winning and former BBC investigative journalist Christopher Bryson, based on over ten years of research.

Highlights include facts such as:

Fluoride in our drinking water supply is a result of aluminum and fertilizer companies dumping fluoride into the water in order to dispose of it. Livestock and wild animals who drink fluoridated water get sick and die. Sodium fluoride is the main ingredient in rat poison and some insecticides. 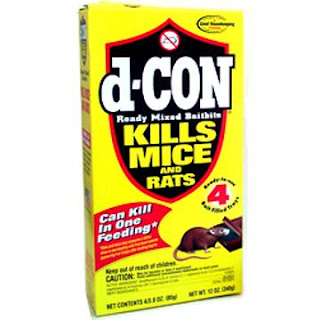 image by Above Top Secret 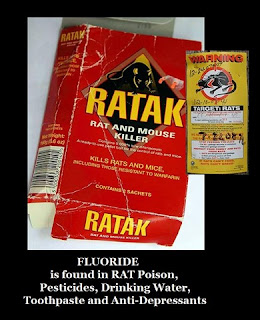 image by The Wellington, New Zealand chapter of the Weston A. Price Foundation
Fluoride builds up in the body over time and does not come out on its own. There are ways to chelate fluoride and other heavy metals and toxins out of the body by using certain herbs and activated charcoal. As the blog grows, I will teach the readers of Bluebonnet Natural Healing Therapy how to do this. But for now, quit drinking fluoridated water.
Posted by Donna at 1:56 PM