I am sooo excited, because I have new readers from around the world! I want to give a hearty Texas "yeehaw" to my new friends in Australia, Egypt, Spain, and Peru! Y'all bless my heart! On to today's shocking report: 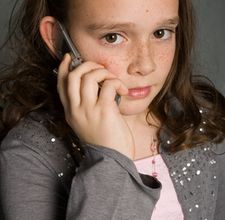 WiFi and electromagnetic frequencies in cell phones and other mobile devices cause brain cancer, destroy DNA in the eggs of little girls, and make men sterile-image by eHow.com

Today I want to talk about WiFi and EMFs. This is a *huge* topic that I've known about for maybe 5-7 years. I am so very glad to see that the "mainstream": natural health community is becoming aware of the alarming dangers of  ElectroMagnetic Fields (Frequencies). Electromagnetic frequencies emit from our wireless computers, our cell phones and cell phone towers, our Smart phones (and soon there will be entire Smart windows just like in the movie "Minority Report," our big flat screen HDTVs, and the Big Brother Smart meters electric companies are putting on our homes without our permission.  I'm not exactly sure how we natural health advocates are going to make people aware of the dangers of electromagnetic fields other than to teach folks like y'all, and then ask you to repost and warn your friends and loved ones.

Dr. Joseph Mercola warns that pregnant women should not use cell phones because a clinical study just published in the March 2012 issue of Electromagnetic Biology and Medicine performed on pregnant rats showed that microwave radiation from cell phones caused *certain* harm to fetal rat brains.  Dr. Mercola goes on to say that scientists have been collecting data on over 13,000 preschool children since 2008. The data shows that even when mothers use handsets and only use their cell phones two or three times a day, unborn babies and children under seven years old are at a much greater risk for hyperactivity, behavior problems, and relationship issues. The risk of behavior issues explodes if children are allowed to use cell phones themselves before school age.

I am so glad to have international readers, because y'all are way ahead of the U.S. The World Health Organization issued a potential link from cell phone use to brain cancer, which has caused several countries to ban or limit cell phone use. However, top American scientists in the field of electromagnetic frequencies such as Dr. Martin Blank, PhD., state emphatically that there is peer-reviewed science proving that EMFs alter our DNA. This makes the long-term consequences of repeat exposure to cell phones and other WiFi devices of grave concern.

All I can say is that we are the voice of change.

There are things we can do to protect ourselves and our loved ones from electromagnetic radiation. I'll talk about this in my next post on Bluebonnet Natural Healing Therapy.

What do you think about this? Are you willing to give up your cell phone? How about your children's cell phones and laptops?
Posted by Donna at 11:56 AM