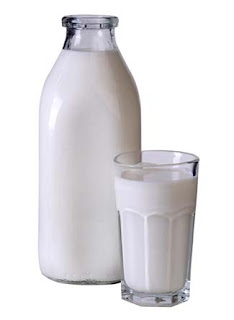 A California milk man gets jailed and tortured for selling raw milk in California- image by bestacnesolution.net
Hey Y'all!

Breaking news here- some of y'all know I am honored to write for Natural News.com and am an affiliate for Natural News products. Mike Adams, the senior editor of Natural News, did an exclusive interview with a 65 year old milk man from Los Angeles named James Stewart. James Stewart was arrested, jailed, and *tortured* like a prisoner of war while in prison for what heinous crime? Selling raw milk in the State of California.

I never would have believed it, except I remember some sweet, precious Christian mothers in Texas back in the early 80's who were handcuffed, dragged to jail, and had their children taken from them. What was their crime? Teaching their own children how to read. They were homeschooling before there was a state law saying it was legal.

Here's the story Mike Adams published on Natural News.com about the milk man who was tortured for selling raw milk: http://www.naturalnews.com/035208_James_Stewart_torture_county_jail.html 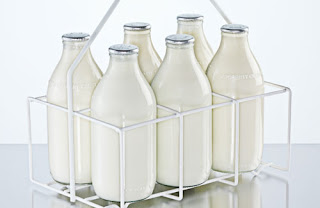 The Bible describes the Promised Land as "a land flowing with milk and honey." How can selling raw milk incur the same punishment as a prisoner of war?- image by themorristribe.com

While in jail for a week, this 65 year old milk man was starved, branded as a "sovereign"- remind me to teach y'all what this means- it has deep significance for all Americans, wrapped with heavy chains several times around his waist, handcuffed to a bench, medically examined against his will while still handcuffed, suffered freezing temperatures, and deprived of sleep every night. If this wasn't bad enough, the jail cell was then flooded with raw human sewage two or three inches deep and Stewart was forced to clean it up with a squeegee. The guards were verbally abusive and refused Stewart his Constitutional right to an attorney. In addition, at no point in time was Stewart informed of the charges against him. Bail was set at $1,000,000 USD (2012).

A million dollar bail and torture of the kind seen only in prison of war camps for a guy who sold milk straight from the cow without heating it first? The kind of milk my dairy farmer grandfather, uncles, and father got up at 4 and 5AM every morning every day of their lives to get? The kind of fresh milk my Daddy grew up on and I drank when I went up to the family farm in Oklahoma for visits? The kind of milk that is drug and hormone-free, comes from happy grass-fed cows, and no coloring or emulsifiers are added to it? 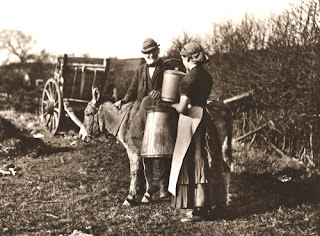 My grandfather was a dairy farmer and milk man. Would he be considered a criminal in California now?- image by sodahead.com
This story has to have more going on than the sale of raw milk to a long line of happy customers who understand the health importance of probiotics. I say that because I live in Central Texas where I am literally surrounded by cattle ranches. Dairy producers cannot legally sell raw milk off-site in Texas, such as at a Farmer's Market, but people can drive to a nearby farm to get raw milk.

Learn more about raw milk from Weston A. Price.org.

There are several action items for you to consider in Mike's piece. Feel free to share this blog post to your friends and loved ones, as well.
Posted by Donna at 12:06 PM