Breast Health: How to Find a Bra That Fits and is the Right Bra for You 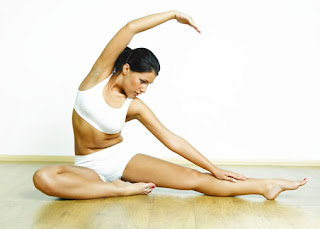 Find a bra that fits for every function or occasion- image by catchtrend.info
Hey y'all!

Today's post is for the ladies. I want to teach you how to find a great bra. The best bra for you will fit, it will be the right cup size, and it will breathe. I'm going to teach you the steps for a bra fitting, and some common mistakes women make when buying a bra.

Back in 1995, a book was published called Dressed to Kill: The Link Between Breast Cancer and Bras. The main hypothesis of the book was that the underwire in bras restricted the lymph nodes under women's arms and chest, possibly leading to breast cancer. Since then, both the American Cancer Society and the National Cancer Institute have stated that wearing bras do not increase the risk of or cause breast cancer. However, the National Institute of Health released a 1991 study published in the European Journal of Cancer stating that bra cup size may be one risk factor for breast cancer. Women with larger breasts may be at higher risk for breast cancer because of obesity and the lifestyle associated with it. Women of childbearing age who had smaller breasts and did not wear bras had half the incidence of breast cancer than women who were much larger and did wear bras. The study showed that it was the smaller women's healthy lifestyle, and not the bras, that made the difference.

The truth is, most women today do have larger breasts than women in the past did. A lot of women think they have a much smaller bra size than they actually do. They are wearing bras that are too small in the cup and too loose in the band. Here are the steps to find a bra that fits properly:


I think it is also important to consider a bra's function, or what a woman is going to be doing while wearing a  bra. If she will be at work, I suggest a full coverage cotton bra. Maidenform makes a great breathable cotton bra for every day wear for around $15-$20 (USD 2012) each. Almost every woman who works out needs a sports bra. Nike has several styles, depending on the kind of workout planned. Finally, for special occasions, millions of women swear by Victoria Secret. Their sizes now go up to 40 DD.
Do any of you women have styles or brands of bras you swear by? Please leave a comment!
Posted by Donna at 11:45 AM