How to Wildcraft Dandelion 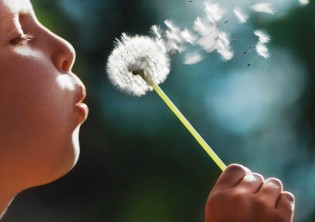 Happy Spring! Today I'm going to teach you how to wildcraft dandelion!- image by thepurebar
Hey y'all!

If your yard is anything like mine, you have an abundance of fresh "weeds" growing all over the place right now. Did you know that your own yard is one of the best places on the planet for wildcrafted herbs? Yes, your own yard is telling you what you need to be eating and doing for your health right now. I have wild dandelion springing up like crazy. For the past month, I have wildcrafted what I can of it. I want to teach y'all how to wildcraft dandelion, too. It's easy!


Natural News recently published my article heralding that  dandelion is finally recognized as an antioxidant by the scientific community. As one of my readers commented, "It's about time!"

Dandelion gets its name from the French phrase "dent de lion," or "lion's tooth." This refers to dandelion's sharp, jagged leaves. Dandelion has as much iron content as spinach, and four times the Vitamin A. The "weed" is loaded with calcium, magnesium, and other minerals, as well. Traditionally, dandelion has been documented as being beneficial for bone health, liver function, diabetes, the urinary tract, skin care, the gall bladder, the circulatory system, and as the medical community now confirms, cancer treatment.

How to Wildcraft Dandelion

If you have ever tried to dig up a dandelion, including the roots, you know the root can be up to a foot long and a half inch (centimeter) wide. It is fleshy and brittle.  It reminds me of a slender white carrot. I have never juiced dandelion roots, but the roots are juicy enough that one could. I have tasted dandelion root raw. It is bitter, but is so good for the liver. 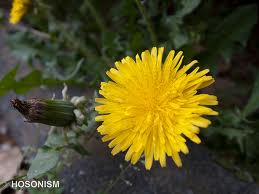 Please make sure the dandelions you plan to harvest are organic!- image by HOSONISM
I wait to harvest dandelion until the spring after it rains. This softens the soil, and it offers the roots a lot of moisture. The first time I ever harvested dandelion roots, I used a tablespoon (soup spoon) from the kitchen. I had no idea the roots were a foot long. I got impatient and broke the roots like a carrot. Had I been any kind of a decent herbalist back then, I would have known better. We want to harvest as much of the root intact as possible, because we want to save as much of the milky, healing juice contained within the roots as possible. Now I either use a long trowel or a small shovel. You might want to wear a pair of garden gloves, because mature dandelion leaves are prickly. I tap off as much dirt from the root as I can, then bring the plants into the house.

Once I bring the dandelions into the house, I rinse the dirt off, then let the plants sit in a large bowl of cool water. This year, I got busy and could not deal with the dandelions for a few days. They actually continued to grow and blossom, even in the water. Now that's live food!

Here is a sweet video of a guy getting into wildcrafting dandelions:

You can make fresh dandelion tea with this recipe. As mentioned in the video, dandelion tea is fantastic for a spring liver cleanse. You can throw the leaves into a spring salad, too. I am doing this with some of my salads this spring. Make sure you use "baby" leaves for the salad. I tried using some older, prickly leaves and did not like the result. However, if you eat cooked food, you may enjoy sauteing your mature dandelion leaves with a medley of other vegetables. The entire plant can be juiced fresh.

My Paleo/Caveman people will love this recipe. My vegan friends will want to use a different source of fat:

How to Dry and Store Dandelion
If you want to dry and store dandelion leaves, just hang the plant upside down out of direct sunlight once it has been cleaned. When the leaves are thoroughly dry, they will still be green but will crumble easily. Dandelion root should be scrubbed clean just like a carrot, chopped, and dried either in an oven on low heat or in a dehydrator. When the roots are dried, the outside will look a little dark, but the inside will still have a white color. Dried herbs can be stored in the freezer in freezer bags or in large glass jars with airtight lids.
If you are not comfortable drying your own dandelion, I highly recommend Mountain Rose Herbs as a source. There is an ad on the sidebar which goes directly to the Mountain Rose Herbs homepage.
Please share any dandelion recipes, tips, or experiences in the comment section!
Posted by Donna at 2:28 PM