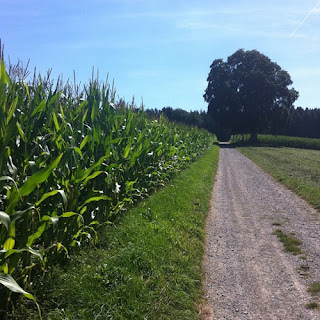 It's hard to find a single acre of American farmland that has not been planted with GM seeds- image by akosma
In my last post, I wrote how Roundup and Roundup ready genetically modified grains were completely destroying the nutrition value in plants and causing reproductive issues in the animals that ate them. Dr. Don Humer, a retired plant scientist and professor at Purdue stated in an interview in May 2010 that it was just a matter of time before we start seeing very serious ramifications from Roundup and Roundup ready GM seeds. Just 18 months later, we are.

Roundup works by destroying the plant's defense system against disease. All the minerals that plants use to boost its immune system are stripped away, leaving the plants vulnerable to disease, fungi, plagues, and opportunistic weeds. In fact, according to the Institute of Science in Society, there has been an explosion of  Roundup resistant "super weeds" that are wiping out farm profits and crop yields.

Genetically modified grains and other plants have no nutrition value and become part poison- image by Max Planck Institute of Molecular Plant Physiology Bioinformatics Group
With "Roundup ready" genetically modified grain seeds, Roundup becomes a part of the plant's DNA. Weed killer is a part of what the plant "is." So now, the plant is not only stripped of its micro-nutrients in a process known as chelation (note: chelation is beneficial when applied properly), the seed becomes part poison. When the plant grows from the seed, the plant is almost completely empty of any nutrition and is part poison.

Animals and humans are eating this.

What have we begun to see?


This is serious stuff. 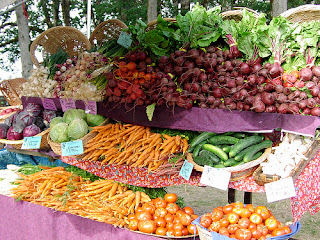 Insist on GMO free, organic, locally grown produce and grass-fed, pastured meats- image by friendsoffamilyfarmers
We have to switch to organic, locally-grown produce that is GMO free. We have to insist on meat, eggs, and dairy products that come from grass-fed and range-free animals, if we eat meat. We may have to grow our own food in order to supply our soil with enough amendments to make our garden produce rich in nutrients. We have to talk to our grocery store managers and ask them to provide these food items, or start patronizing vendors who will carry them.
We just have to.
Posted by Donna at 3:11 PM