The commercial weed killer, Roundup, and "Roundup ready" foods, both developed and sold by the food giant Monsanto, has been linked to an alarming number of miscarriages, sterility in males, and female reproductive issues... in humans. 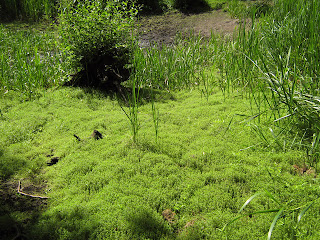 Roundup has been used as a weed killer commercially for years- image by geograph
The problem commercial farmers had with Roundup was that it killed everything, not just weeds. Monsanto designed a "Roundup ready" grain as a solution. Farmers could plant this genetically modified (GM) corn, wheat, or soybean, then spray their crop fields with Roundup with no problems.
Or so they thought.
Monsanto designed the GM Roundup ready seeds by actually adding Roundup to the plant's DNA. Roundup weed killer then became a part of the plant's genetic code. This was great for commercial farmers, who could see a lot higher crop yield and increase in profits.
However, concerned scientists began to study the field mice who were eating the grain and drinking the water in these commercial farms. As early as 2002, the journal Environmental Health Perspectives observed that female mice who were drinking water contaminated with commercial herbicides were miscarrying and giving birth to smaller litters. 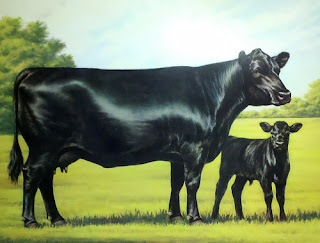 GM feedlot grain is causing miscarriages and other reproductive issues in livestock- image by greaterfalls
This led to concerns about the possibility of similar problems with livestock who were fed GM grains in commercial feed lots. As Dr. Christopher Preston notes, few peer-reviewed studies on this topic have been published since that time. While I agree with Dr. Preston's conclusion that the studies that have been published state that no significant changes have been reported in the scientific literature, I completely disagree with his tacit opinion that GM foods are safe.
However, plant scientists such as Robert Kramer at the University of Missouri, and Don Humer, retired from Purdue, have published important research showing that Roundup and glyphosate-modified grain is compromising the health of agriculture, animals, and humans. Dr. Humer says that glyphosate (Roundup) works by tying up the plant nutrients so the plant's defense system is destroyed. Soil pathogens such as fungus and other plant diseases take over and kill the plants. Glyphosate strips plants of micro-nutrients such as maganese, copper, iron, calcium, and magnesium to the point where the plants have no nutritional value at all. In December 2010, Dr. Huber stated, "...It's hard to find an acre in the US that hasn't had glyphosate applied on it in the past three years." He also says that the reason that not much research has been published about the negative effects of Roundup and Roundup ready GM seeds is because scientists are being denied access to the isogenic plant lines. In other words, Monsanto won't let independent scientists do research on its products.
I'm not done.
Posted by Donna at 1:05 PM